This is the second volume of poetry by the fourteenth-century Anglesey poet Gruffudd ap Maredudd ap Dafydd, and contains all of his religious verse. Gruffudd has an important part to play in the history of Welsh religious poetry, not only because of the volume of his work (over a thousand lines are edited here), but also because of the variety and many-sidedness of his themes. We have solemn penitential poems side by side with joyful songs of praise to God; odes to the Virgin Mary; englynion about the three wise men and the four evangelists; and a powerful prayer to God, begging him to avert the Black Death from Gwynedd. Gruffudd’s long ode to the rood at Chester is a masterpiece: this, without doubt, is one of the most ambitious poems of the period. In the introduction to this volume the poet’s religious work is discussed within the context of the Catholicism of the Late Middle Ages. 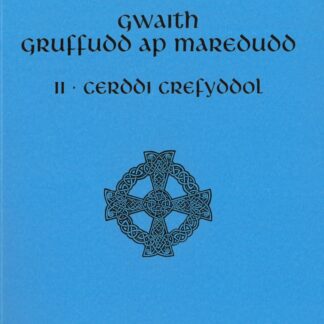