Siôn Cent is one of the most important religious poets of late medieval Wales, and a considerable number of poems have been attributed to him in the MS. sources. This volume offers editions of 13 complete or fragmentary ‘apocryphal’ poems, namely texts attributed to Siôn Cent alone but which on stylistic and thematic grounds are unlikely to have been composed by him. These poems deal with various subjects: the image of the suffering Christ or ‘Bound Rood’ of Trefeglwys; meditations on the significance of the Lord’s Day and the Lord’s Prayer; the fate of Man and the Day of Judgement. Although these poems are not to be confused with the authentic corpus of Siôn Cent’s work, they nonetheless offer an insight into his influence on religious verse in Wales in the 15th- and 16th centuries.

Be the first to review “Apocryffa Siôn Cent” Cancel reply 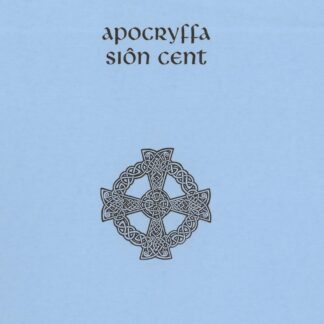