This volume presents the cywyddau of five poetic debates that developed between Sir Dafydd Trefor and four other poets, together with an elegy to him by Ieuan ap Madog ap Dafydd. The first dispute was triggered by a poem asking for goats, and the second by a poem requesting a swan. The starting point for the third debate was a poem praising the Anglesey ferry, a poem that elicited a scathing response on the nature of the ministry. Another debate has as its topic the erroneous satirizing of a knight: the honour of Sir Wiliam Gruffudd of Penrhyn is in the balance because Ieuan Delynor mocked him for cavorting with a girl named Gwenonwy. As a result, a debate ensued on the status of three poets who used to visit Penrhyn as part of their bardic circuits. The volume ends with an elegy to Sir Dafydd Trefor. The poet died from the effects of the Black Death, and information is disclosed here about the methods of burial in the Middle Ages. These poems combine humour and solemnity, and they provide a glimpse of the colourful life of a cleric and his friends in the late fifteenth and early sixteenth centuries. 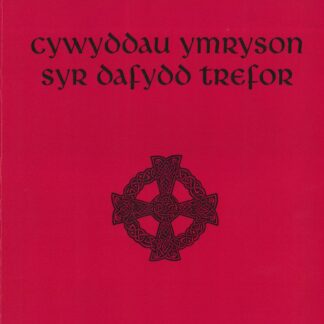