Y Nant was active in Breconshire, Glamorganshire and Monmouthshire in the last third of the fifteenth century. As well as singing extensively to the family living at Porthgogof, Ystradfellte, he addressed some of the most important patrons of his day: the Vaughans of Tretower, the Turbervilles of Llandudwg (Tythegston), and Rhys ap Siôn ap Rhys ap Siancyn of Aberpergwm in the Neath Valley. He also received patronage from ecclesiastical patrons, at Ystradfellte and Margam abbey. A total of nine poems have survived requesting items on behalf of himself or a patron, as well as four praise poems and three satires, two cursing thieves and the third teasing another poet.

Y Nant is steeped in the knowledge and learning of the cywydd poets, and yet in many respects he stands apart from those whose works have been published in this series. It is likely that he himself, using his unique handwriting and orthography, recorded his poems in the manuscript, in around 1480. Apart from one rather unskilful series of englynion, the poems are composed in a metre of short, punchy lines, with the impact of the cynghanedd confined to the end of each verse. In Y Nant’s poems, the rich language of the master poets is combined with colloquial forms, and his poems are enlivened by his confident and humorous persona which combines boastfulness with a willingness to make fun of himself. His work provides a rare example of the more informal and less polished poetry that was heard side by side with the comparatively formal traditional poetry of medieval Wales.

Be the first to review “Gwaith y Nant” Cancel reply 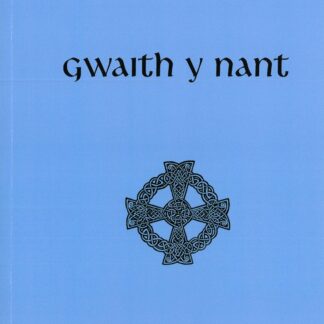