The Penllyn poet Madog Dwygraig flourished during the second half of the fourteenth century. In addition to odes of praise and elegy and profound religious and confessional poems, he produced a large body of irreverent satirical work, which makes him one of the most important poets in the Welsh satirical tradition. He mocked, among others, minstrels, an old hag and a weaver, and he composed two notable odes of a more narrative nature. In one of these – a bold parody of Myrddin’s Afallennau (Apple-trees) – he curses a girl who plundered his apple-tree, and in the other he mocks a calf given to the poet as a gift. Madog turned in the same circles as Iolo Goch, and although none of the poems preserved in the Red Book of Hergest are in the cywydd metre, his ingenuity, humour and love of narrative echo the entertaining poetry of the early Cywyddwyr.

Be the first to review “Gwaith Madog Dwygraig” Cancel reply 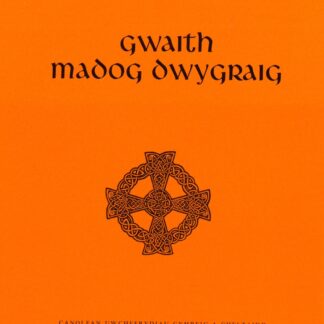