A native of Nanmor near Beddgelert, Rhys Goch Eryri was one of the most notable of the Welsh poets who lived during the years following the failure of the Glyndŵr rebellion. One of his ancestors had travelled widely in continental Europe as a member of the court of Edward I, and Rhys Goch himself travelled from Anglesey to Gwent, visiting some of the most important centres of patronage in the history of Welsh poetry, such as Penrhyn, Llandygái and Raglan. Rhys Goch Eryri stands on the threshold of the golden age of the Poets of the Nobility and his work mirrors the cultural and political complexities of early fifteenth-century Wales. The way he responds to poems by Llywelyn ab y Moel and Siôn Cent is of quintessential importance, since it reflects the philosophy of the age with regard to the origin and purpose of Welsh poetry. He did not lack humour, and his work shows a readiness to laugh at himself as well as to expose others to satire. Although comparatively small in quantity, his output displays the variety and richness of the period at its best. 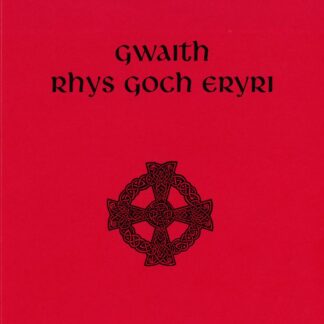