View basket “Gwaith Lewys Morgannwg I” has been added to your basket.

This volume contains the complete bardic works of ‘Sir’ Dafydd Trefor, a cleric-poet and the rector of Llaneugrad and Llanallgo on Anglesey, who was born c. 1460 and died of the Black Death c. 1528. Many of his poems are requests for gifts, namely a bow, a mare, a rosary and a harp. He also composed songs of praise and elegies, and religious songs (albeit not as many as one might expect), among them a delightful song of praise to St Dwynwen, patron saint of Welsh lovers.

Although Sir Dafydd Trefor greatly enjoyed the company and prosperous lifestyle of the gentry, he sang of the brevity of life and the transitoriness of its finery. This social-historical element may well prove to be the main attraction of his work since his songs are an interesting reflection of the life of a cultured priest on Anglesey during the period immediately preceding the Protestant Reformation. 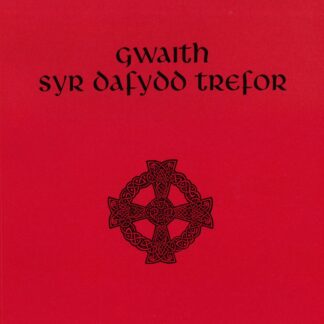