Although literary historians have paid scant attention to Lewys Morgannwg (fl . c .1523–55), he was undoubtedly one of the most eminent and prolific poets of his age. He belonged to a family of poets (his father, grandfather, uncle and cousin were all poets) and over a hundred of his poems have survived in manuscripts – mostly strict-metre eulogies and elegies. He was ‘a teacher in the art of the traditional Welsh metres (cerdd dafod) throughout the counties and provinces of Wales’ and it was he who signed Gruffudd Hiraethog’s license upon his graduation as a pupil master-bard. His patrons held prominent and illustrious positions in Welsh public life and it is no wonder that G. J. Williams described him as ‘a friend to the state authorities’.

Be the first to review “Gwaith Lewys Morgannwg I” Cancel reply 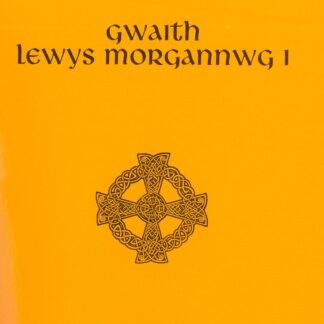 You're viewing: Gwaith Lewys Morgannwg I £10.00
Add to basket