View basket “Gwaith Ieuan Gethin” has been added to your basket.

The Llygliwiaid were a family of poets whose names are associated with Powys and Merioneth. Llywelyn ap Gwilym Lygliw sang on the subject of ‘Paul’s Vision in Hell’, warning against the horrors of the world to come and urging a better life in this one. Rhys ap Dafydd Llwyd ap Llywelyn Lygliw sang a love cywydd in which he worries about his shyness in the presence of his sweetheart, and Hywel ab Einion Lygliw sang a well-known awdl praising Myfanwy Fychan of Castell Dinas Brân in Llangollen. Hywel ab Einion was the uncle of Gruffudd Llwyd, one of Owain Glyndŵr’s most important poets.

Seventeen poems by Gruffudd Llwyd are edited in this volume, together with a love cywydd which is believed to be by him. Gruffudd Llwyd was esteemed by his contemporaries as a poet of love and religious poetry. He also sang a collection of notable poems to the Welsh nobility, including two cywyddau praising Owain Glyndŵr dating from the period before the Revolt of September 1400. He also sang to the splendour of the sun, that splendour representing the intellectual light and natural warmth of the men of Glamorgan.

He was an inventive, learned and disciplined poet. Unfortunately, a large proportion of his work has been lost over the centuries, but nevertheless this volume provides a glimpse of the work of one of the most brilliant cywydd poets of his time. 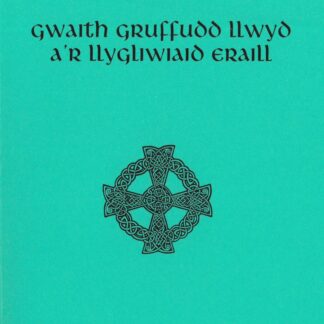